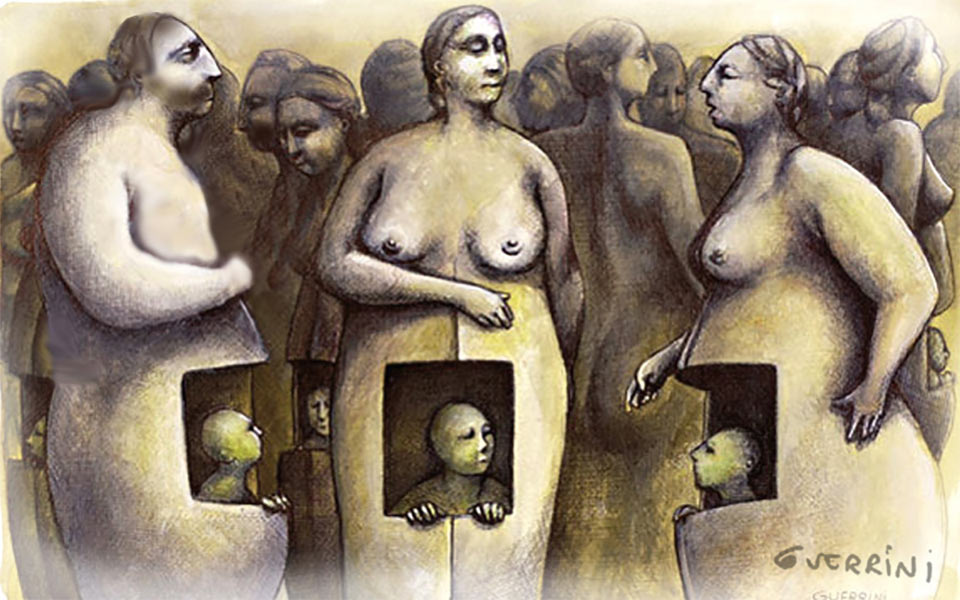 Sebastian Guerrini: The Brands of Life

Our esteemed Argentinian Branding Guru shares some thoughts from his studio in Barcelona. Enjoy his lovely illustrations of ink and watercolour.

A psychological and philosophical approach of the relationship between stories, identities, images and brands, looking for the understanding its mechanism, since this affects the work of identity designers. 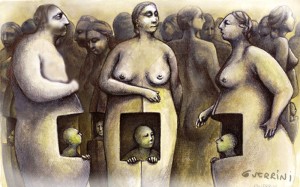 If we try to answer what or who we are, we would possibly tell a story about us. This would be a story that has a title, our name and may be our image. This story will probably tell everyone about our origin and develop, but leaving an open ending because we are still alive. At the beginning, the story will place our origin, our birth, in a scenario and context: the social group and place that gave us life. This origin also involves to the people who bred us.

For the development of the story, we would need to present a series of moments and memories. But there are too many moments and for this reason, we would have to highlight only key memories, those which would then be valued and magnified. In addition, we would also mark the beginning and end of these moments, to make them entities by themselves and to separate them from the continuum of time through which our lives pass.

However, to choose these moments, a criterion for selection would be needed. In order to do this, and to give continuity to the story, we would need to find some motivation to justify the causal relationship between these moments. We need to have something that somehow guides the journey of our life and marks a certain essence in our identities, something so real to us that we can always come back to this place that will not disappear to us.

We have to keep in mind that in general that something is hard to tell in words. At the same time, is something quite difficult to find because such motivation can be hidden or disguised. We are not talking about mathematics, but about the plot of our lives.

But, let us go to concretes examples about that relationship between stories, identities, images and brands: In order to visualize this, let us take 6 examples of brands: the trauma brand, the success brand, the company brand, the social group brand, the national brand and ghost brands.

First, let think about the brand of a trauma: a teenager girl suffers from an attack in which she also receives a cut on her face. From that painful moment on, she feels that her life and her identity begin all over. From that moment she feels she is doomed forever to relive the assault and instant. That unfortunate moment will be unique for her above and beyond the thousands of moments that she had lived before, since it is a moment that changed her life.

But why is it that the five minutes of the assault are those which build her new identity? Why is the memory of that moment of being a victim more important than years of happiness? What makes this new identity of the teenage victim beat that of the previous happy teenager? The answer is the brand of that memory.

These are brands and memories that remain and speak of the fragility of life and identities. They are traces that maintain memories and mark the mirror of her identity as a victim. In other words, such images, whether real or not, represent what she now believes about herself.

From then on, her relations and her reactions to people will be conditioned by that memory. Spontaneously, people will be classified for her in relation to something connected to the episode she has suffered. Even her vision of society, politics and culture will change because, how does the world not change if she does change?

Those marks will last until her trials, traces and memories disappear or until those interpretations are lost among thousands of memories, and when her identity can be transformed, floating without the anchor of this brand.

The Success Brand
Secondly, let’s think about the brand of success: a young man has next to his bed on his night table, a set of objects that show for him his life. They are arbitrary objects such as a trophy, a title or the picture of him receiving the kiss of a beautiful young woman, all of which remind him of the good of his identity. 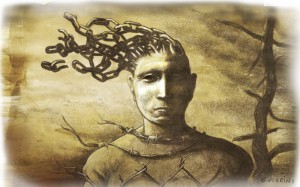 However, maybe his life hasn’t been so happy. Perhaps for most of his life he has suffered from depression, loneliness, anxiety and feelings of insecurity about himself. But whenever he feels bad, those brands, those objects on his table, encourage him by clinging to the happy things in his life. Thus, every time he sees his table, these objects act as windows through which he remembers the acceptance, applause and joy that their society can offer, multiplying and immortalizing these short successful moments. Whenever he looks up, the brands that the objects embody will give him the energy to face the future and the dawn of each new day.

Let’s think about the brand of the identity of a company, of a fast food restaurant and the relationship with one of the employees in particular.
There, the visor and yellow shirt of the worker announce and anticipate the identity of a subservient person, always smiling and willing to accept his mistakes. The yellow brand of his attire allows society to treat him as if his only role in life is to help us and makes us think that we are the only important person in the restaurant. 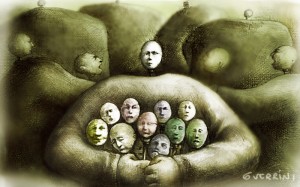 However, if one meets that worker in the street, the brands of his identity will be different and the new relationship with us that is built on that street will be by different fate. He is no longer interested in serving food and smiling at us, because his identity has been split apart from the previous one, and his identity as person beyond that of a circumstantial mark as a worker has emerged.

Think about the brands of a collective identity: for example, a group of parents that act in a comic play for their children’s school party. This group of parents before participating in this action did not know each other and the only mark they have in common is the love that each one has for their own children, but now they are in this play together, which serves as a meeting point in their lives. It is one point that marks their relationship, a before and after for each other that builds a small collective identity shared only by them. It is an identity forged in trials, ridicule and funny moments. 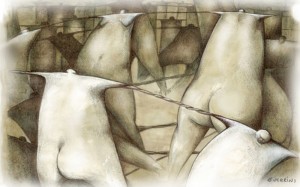 The play turns out to be very funny, and beyond the memory that will be made on their children and their little friends, the role and image of the parents will be different. Now other parents who did not know them wave and smile. Now, for a time in this small school community, the parents have a particular identity and will be identified and recognized.

Those parents that if in the future are on the way home from school, make a gesture, some brand will remind them of the play and they will laugh recalling the time they were actors and in which they formed a part of that identity. This could be a gesture that others will not understand but which they will. We can think about importance of brands for children, since they need to have some records about where they are, which is north and south, which are the places where they can move freely and which are dangerous for them. Also they need certain rules of how to move in society, eg. what are their own rights and those of others, because otherwise, anomie will be the only reference left for them. 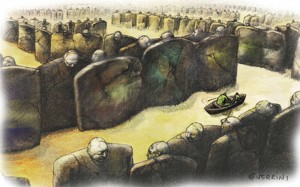 This, for better or worse, happens with the existence of a nation. We could ask ourselves, “What are museums, printed images on banknotes, coats-of-arms, flags and history for?” and “Why are there rituals, ceremonies and anniversaries?” If not so that every child and adult in a given location does not forget the existence of their nation. 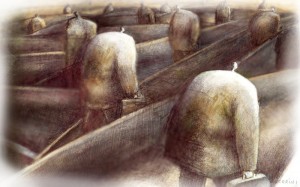 Last, let us think about invisible brands. These are the most difficult identities and stories to manage and forget, because they are brands that seem to have no form and therefore we can not recognize and understand them. They are ghosts of brands that we can only understand and forget when we can finally see and render them. That is the basis of psychotherapy, one that seeks to unearth and find in ourselves, like an archaeological work, our hidden identity. 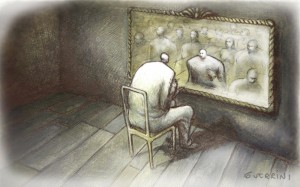 In these six examples we have seen the personal and social importance of brands in the fixing of memories. Brands are important because they give us energy. There are brands that define us in an activity and inform society about what to expect from us. There are brands that join, that make us belong, that differentiate a human group among others. There are brands which question, which require taking sides with a company or nation. There are visible and hidden brands. There are good brands and bad.

There are brands which are images and objects. Other brands that makes up our origin, attributes, stories and feelings. Other brands that bring to light interpretations and definitions of the sense of being of things, which let us say where we are and what we want in our lives. There are also brands that sustain identities.

Finally, we also see that the work of those who design identities not only relates to matters of form and colour, but mainly to tell stories through the brands of life in common.